Blog
You are here: Home1 / Blog2 / Featured3 / Participants and Presenters Selected for the 2019 Mepkin Monastic Inst...

While this year’s Mepkin Affiliate Program is completely booked, the topics and presenters are listed below for information for people who might be considering next year’s program which will be held July 3 to August 3, 2020.

Christianity in an Inter-spiritual Age

This talk will explore a shift in religious understanding occurring in direct relationship to the process of globalization. As boundaries between religious traditions blur and individuals increasingly identify as “Spiritual but Not Religious,” what is the future of religion, and specifically the Church? We will look at inter-spiritual dialogue and contemplative practice as necessary facets of a Christianity that can survive into the Third Millennium. 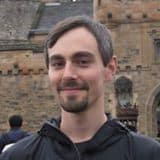 The Rev. Matthew Wright, M.Div. is an Episcopal priest, Pastor, St Gregory’s Episcopal Church, Woodstock, NY writer, and retreat leader working to renew the Christian Wisdom tradition within a wider inter-spiritual framework. He is a student of Cynthia Bourgeault and a teacher …

Relationships in the Rule of Benedict

Relationships with one another

Community, Mutual service and respect, Care of one another, Authority and Leadership, Forgiveness, and Reconciliation
Relationship with the environment

Care of the earth, Responsibility and Stewardship 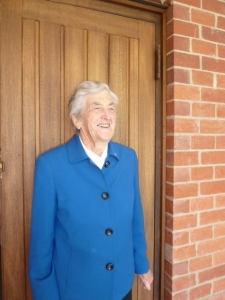 Sister Margaret Malone is a member of an Australian community, the Sisters of the Good Samaritan of the Order of St Benedict. This community was established in Australia in the mid 19th Century by John Bede Polding, an English Benedictine. He was concerned to have a group of religious who could live according to the Benedictine Rule and who could serve the needs of the early Australian settlement. Sister Margaret was a teacher and then a lecturer in theology and education at Australian Catholic University in Canberra. Her doctoral studies focused on the question of authority in the Rule. She was closely involved in the development and publication of the results of the Commission of the Australian Bishops on the Participation of Women in the Catholic Church in Australia – Woman and Man, One in Christ Jesus. She was also engaged for several years each summer in administering and lecturing in a Renewal program for American Benedictine Sisters in Rome. She then travelled widely in the United States and in other countries giving lectures and retreats on the Rule. For many years she has been also involved in developing formation programs and giving retreats within her own community. She is currently involved in formation work at the Australian Cistercian Community, Tarrawarra Abbey. She has contributed regularly to the Australian Benedictine Journal, Tjurunga and a collection of her articles was published in 2014 under the title, Living in the House of God.

The Essentials of Cistercian Life

Understanding based on Thomas Merton

and its 7 themes in Cistercian writings (two presentations)

Vows of Stability, Fidelity to Monastic Life, and Obedience

as in Cistercian writings

Our Destiny and the Verbum

Word of God shaping us for it – Bernard of Clairvaux 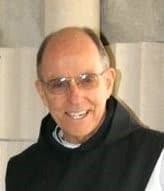 Father Thomas X. Davis is a monk of the Abbey of New Clairvaux, Vina, CA. 96092. He entered the Abbey of Gethsemani and was sent as a founder to the Vina monastery. After priestly ordination, Father received a Licentiate in Canon Law from the Gregorian University, Rome. He has been studying the spirituality of William of St. Thierry since the early 1960s. He is the translator for The Nature and Dignity of Love, CF 30, and, The Mirror of Faith, CF 15, and has published several articles in CSQ and the Cistercian Series (CS). Father was instrumental in bringing to and restoring at Vina, of the medieval Cistercian Chapter House, Santa Maria de Ovila, Spain. He served his monastic community as its third abbot from 1970 to 2008. Currently Father is working on new translation of the Meditations of William of St. Thierry.

Dates for the 2020 Monastic Institute

Martha, Mary and Lazarus welcomed Jesus to their home and into their lives. In what ways am I like them? What is it like having Jesus as my guest?

Mepkin Abbey is open to the public as follows:

Please social distance in the Gardens, the Gift Shop and during Garden and Church Tours.

While Mepkin Abbey has limited access to visitors, we want to support our friends and benefactors, many of whom find their horizons reduced to the confines of their living spaces, by providing some reflections, ideas and news to help you navigate these very trying times.  The first is “Reflections on Contemplative Confinement for the Layperson.” We add reflections and news on a regular basis, so, please visit our web site often.

This will close in 0 seconds