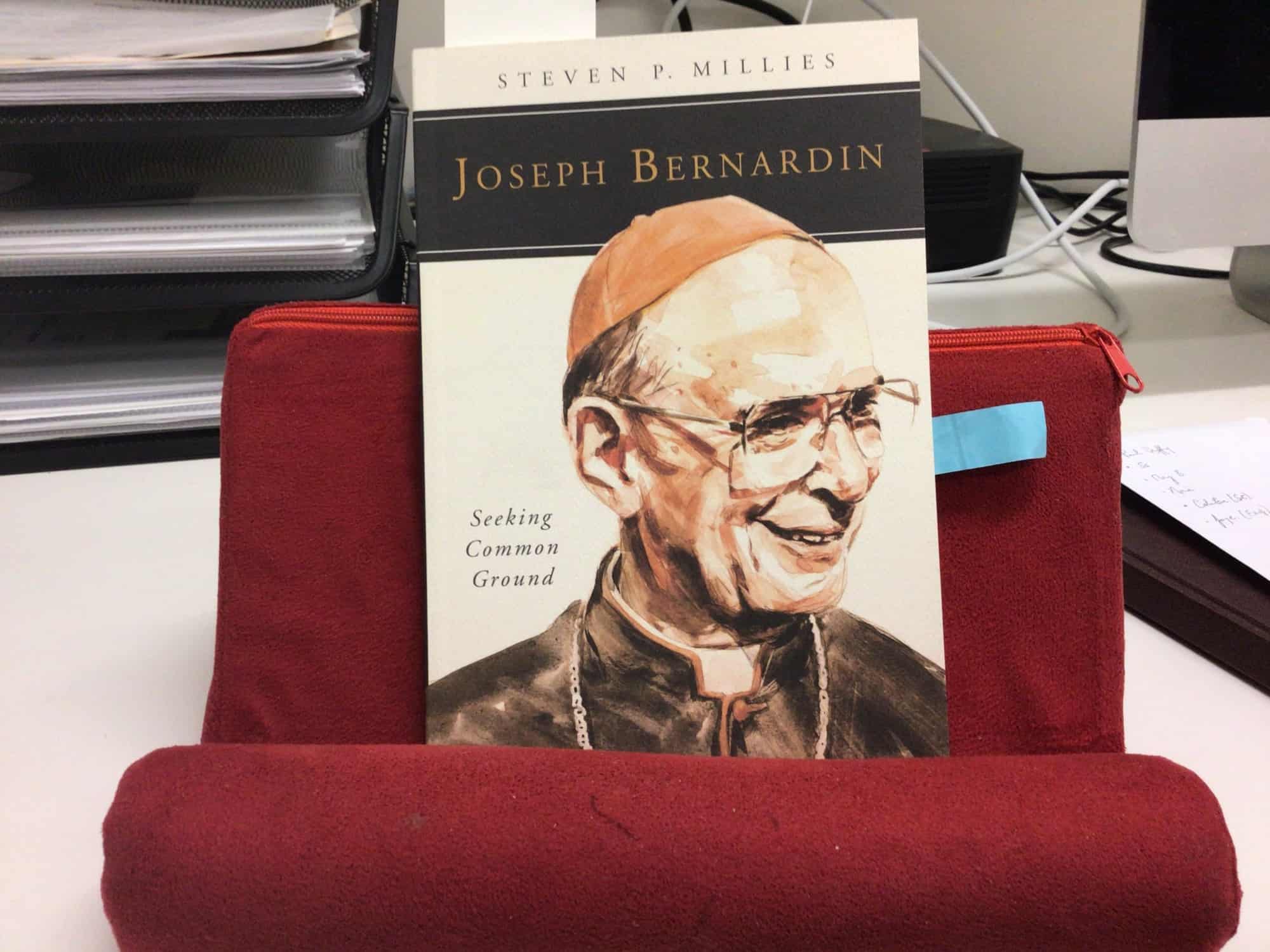 In this book you can read about Bernardin. At the time of his appointment, he was the youngest ever American bishop. It discusses his “seamless garment” approach to all life issues from the womb to the tomb, his Common Ground Initiative, where he sought to bring healing to a church wounded by ideological divisions, the false abuse allegation against him, and his experience with cancer that prompted him to write the bestselling book The Gift of Peace.

This cancer eventually took his life. As Archbishop of Chicago, he was regarded as one of the most remarkable characters of the 20th century.

Perhaps you might like to join the monks in getting this book and reading it along with us. You won’t be disappointed.