Blog
You are here: Home / Blog / Featured / Father Stan is serving as Chaplain to sisters in Esmeraldas 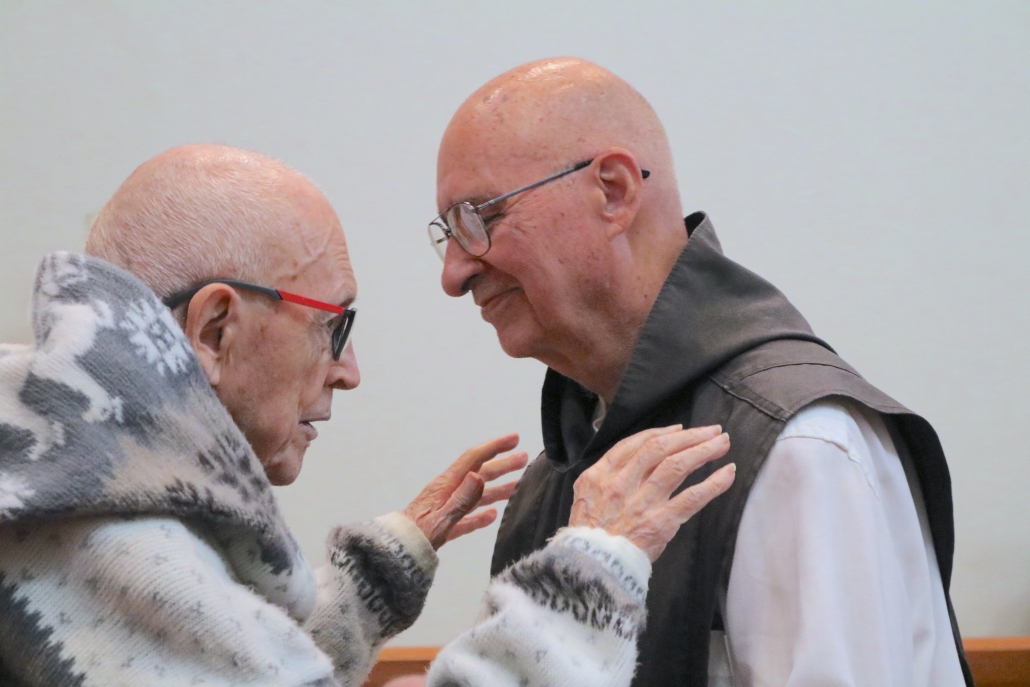 Father Stan, who has been a monk at Mepkin for 60 years, was sent from the monastery on Tuesday, July 30th to serve as Chaplain to the Trappistines of Our Lady of Esmeraldas, Mepkin’s daughter house in Ecuador. Father Stan replaces Fr. Richard who has returned to Mepkin after 38 years as Chaplain at Esmeraldas. Before leaving for Ecuador, Father Stan celebrated Mass on July 28th with the community. You can read his homily here.

On Sunday evening July 28, at the close of the Monastic Institute, Father Joe spoke warmly of Father Stan, saying he was going to Esmeraldas, fully as a monk of Mepkin, to serve our community by serving theirs. He presented him with a cross upon which rests two hands, which symbolize his hands and our hands with him.

On the eve of his departure at Vespers, each monk in the community was invited to go to Father Stan and say to him a few words of personal gratitude and good wishes. Everybody found this very moving. All the monks appreciate Father Stan’s service in the community as cellarer for 20 years and abbot for 12. All wish him every blessing with the beloved sisters of Esmeraldas. 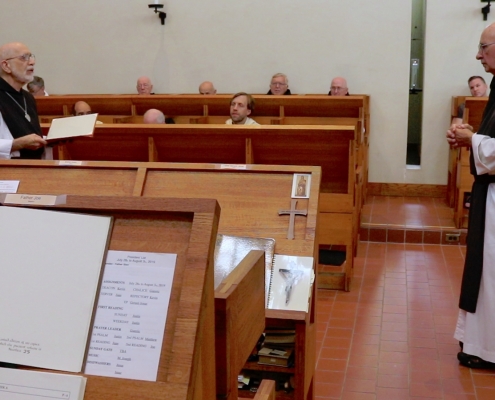 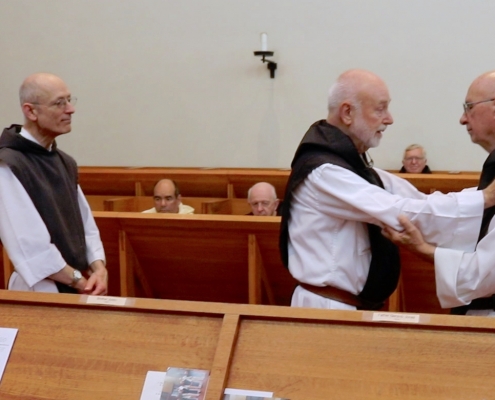 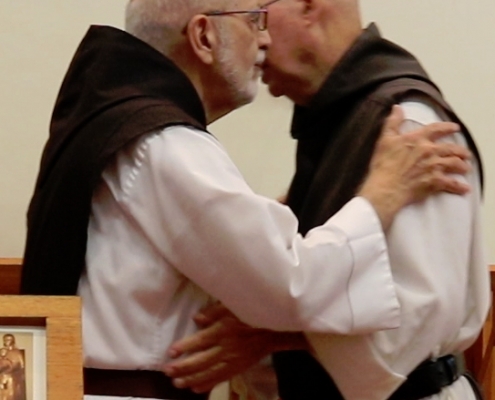 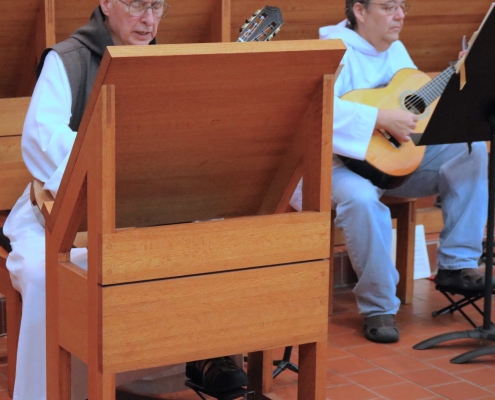 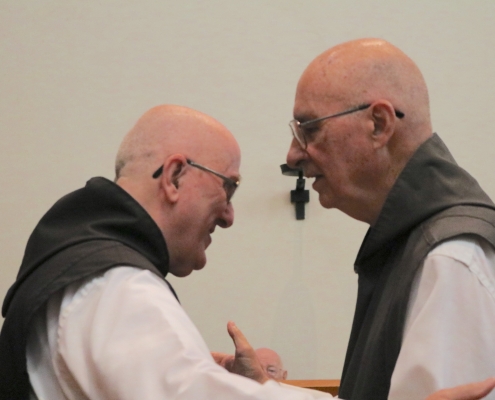 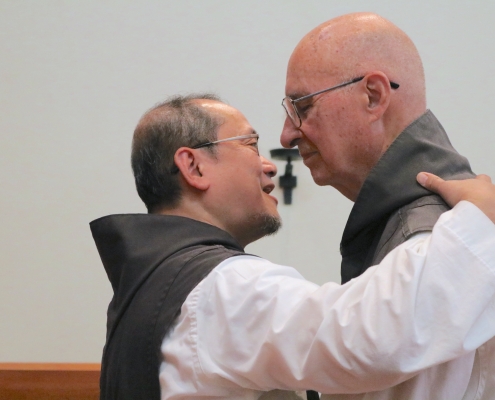 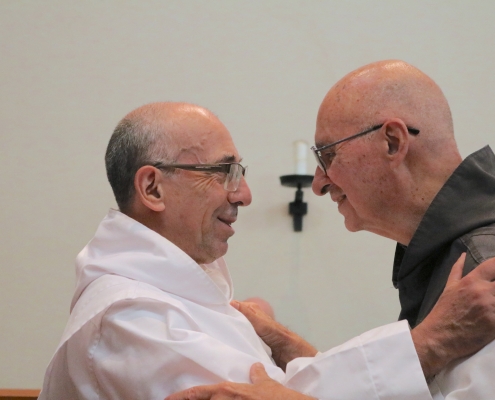 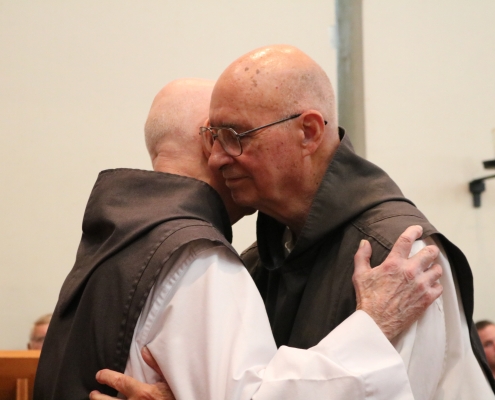 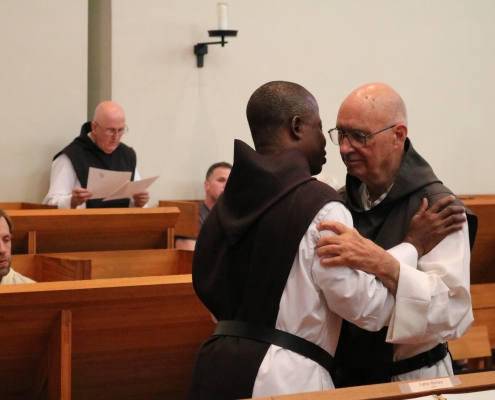 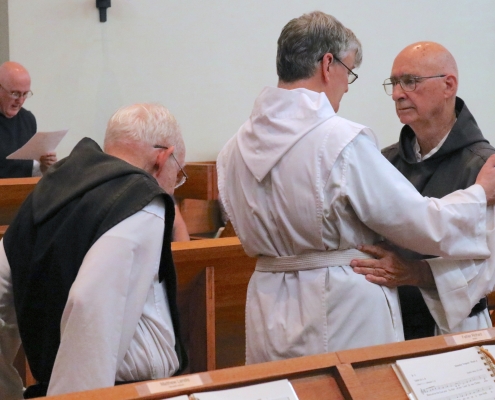 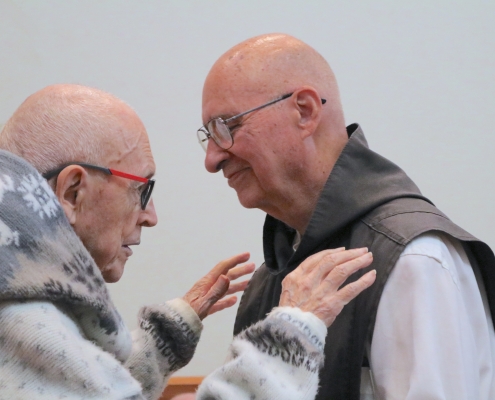