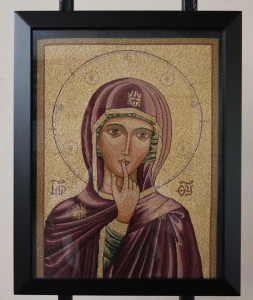 On March 3, 2018. Pope Francis decreed that the ancient devotion to the Blessed Virgin Mary, under the title of ‘Mother of the Church,’ be inserted into the Roman calendar as a Memorial on the day after Pentecost. More than half a century earlier, Pope Pius XII perceptively noted Mary’s dual maternity in his encyclical on the Church: “It was she who was there to tend the mystical body of Christ, born of the Savior’s pierced heart, with the same motherly care that she spent on the child Jesus in the crib.”

Once a year, in May, the secular world celebrates Mother’s Day. But I think, and I propose, that each family ought to celebrate its own Mother’s Day as many times as there are children. At each child’s birthday celebration, there ought to also be an accompanying Mother’s Day celebration to honor God’s gift of motherhood at the gift of another life she has given birth into the world.

Notice how this is exactly how, in the Catholic Church, we honor Mary in her motherhood. Eight days after we celebrate the birth of Christ, what the secular world celebrates as the New Year, we in the Church celebrate the Motherhood of Mary. Yesterday, at our celebration of Pentecost, the commemoration of the descent of the Holy Spirit, as Fr Kevin mentioned in his homily, we celebrated the birth of the Church. And so rightfully today we commemorate another motherhood of Mary, as Mother of the Church. In the Gospel, John tells of how before Jesus breathed his last as he hung on the cross, as He gave his life for our salvation, He also gave us, through the beloved disciple, his mother at the foot of the cross. He names what Mary has been doing all along for Him and his followers, a mother, her ministry as a mother. At the birth of Jesus, from her virgin womb, Mary gave birth to a son. All through the life of her Son Jesus, she served him and silently ministered to the people for whom He incarnated. Recall how John also narrates how Mary guided his Son Jesus into His public ministry at the wedding at Cana, how her concern for the young couple at their wedding became also her Son’s concern, and actually inaugurated how He would manifest His compassion for his people. At Mary’s motherhood for Jesus, with outstretched arms, she gives Jesus to the world. At Mary’s motherhood for the Church, with outstretched arms, she embraces her Son’s followers in all their needs. In the Acts of the Apostles, Luke narrates how Mary continues to be with the disciples (in the upper room).

In her image put out here in our church on this Memorial of Mary, Mother of the Church, Mary is depicted with her forefinger on her lips. Some say it’s an image of Mary as Our Lady of Silence. But this is inspired by the painter Giotto’s fresco rendition of Lady of Obedience of St Francis on the ceiling vault of the Lower Basilica in Assisi. Indeed, in silence, Mary was obedient to God, as she received the motherhood for Jesus. And in silence, Mary was ever obedient to her Son Jesus to receive the motherhood of his beloved people. Truly, Mary, our Lady of Obedience is ever attentive and ready to come to our aid in our needs as we follow her Son Jesus, as any mother is to her children, the way each one of us undeniably experiences the love and concern of our own mother. St Augustine wrote: What God has bestowed on Mary in the flesh, He has bestowed on the Church in spirit, Mary gave birth to the One, and the Church gives birth to the many, who through the One, become one.

“Jesus speaks of the pearl of great price – the young man gave everything to have it. What is of more value than God?”

Mepkin Abbey is open to the public as follows:

Please social distance in the Gardens and Gift Shop.

No tours of the monastery are being given at this time.

The Monastery, Church, and Retreat Center continue to be closed to all visitors. We have taken this very difficult action on the advice of professionals in order to protect both the monks and our visitors from the COVID-19 virus. As we continue to navigate these very difficult times, please know that our friends, neighbors, benefactors and the community are in our daily prayers. If you have specific prayer requests, please send them to me at frjoetedesco@gmail.com and I will put your request on our prayer list.

While Mepkin now has only limited access to visitors, we want to support our friends and benefactors, many of whom find their horizons reduced to the confines of their living spaces, by providing some reflections and ideas to help you navigate these very trying times. The first is “Reflection on Contemplative Confinement for the Layperson.”  We add reflections on a regular basis, so, please visit our web site often.
Fr. Joe Tedesco
Superior, Mepkin Abbey