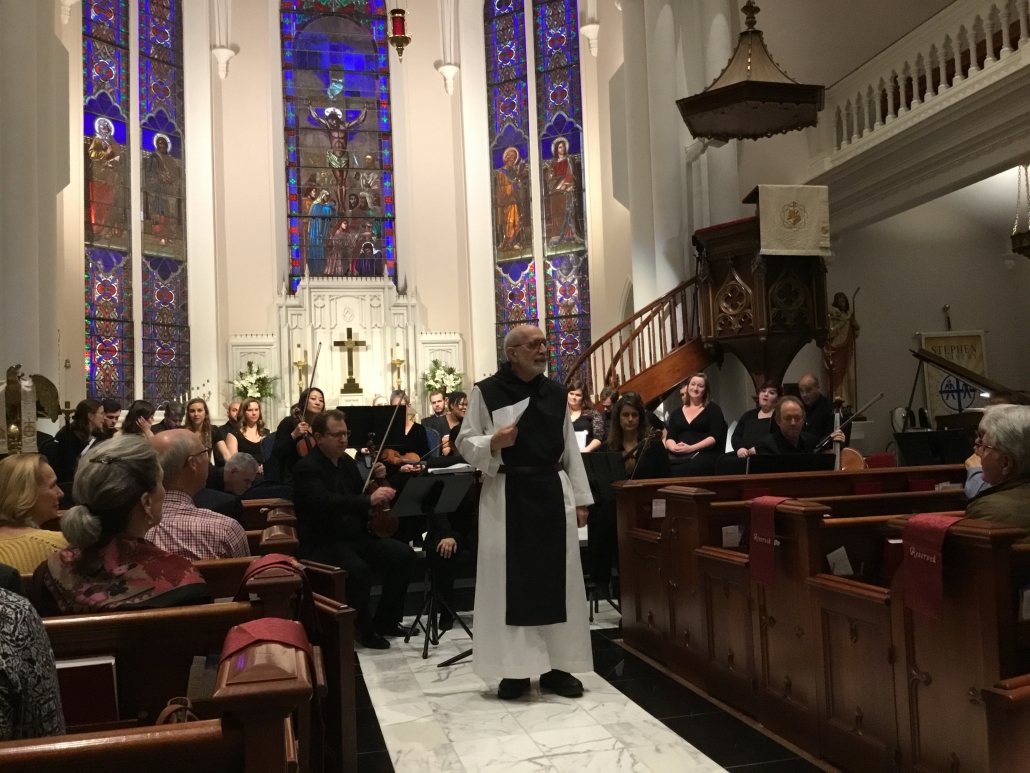 A number of the monks accompanied Father Joe to the Una Sancta concert on Sunday, February 2nd at Saint Matthew’s Lutheran Church in downtown Charleston. The occasion was the presentation of a magnificent piece of music written by the Irish composer Cormac O’Duffy. Cormac visits Mepkin regularly for Mass, and composed much of this work at the monastery. In addition to being an Irish composer, he is the son of the famous Irish tenor, Michael O’Duffy.

The concert was dedicated to the memory of Father Max Josef Metzger. Father Metzger brought together Lutherans and Catholics in his native Germany at a crucial time in its history. He abhorred war, which he had experienced in the trenches as a chaplain during the First World War. In bringing the churches together, he spoke strongly against the Nazi regime, for which he was imprisoned. During his time in prison, he wrote his Prison Poems, which were set to music by Cormac. The Taylor Festival Choir and members of the Charleston Symphony Orchestra performed the music.

All agreed that it was a very moving occasion, and the presence of the monks indicated their support for Cormac’s work and a commitment to this ecumenical endeavor. At the end of the concert, Father Joe invited all the participants to reflect on our own faith and how we can work ourselves to bring people together in our day. 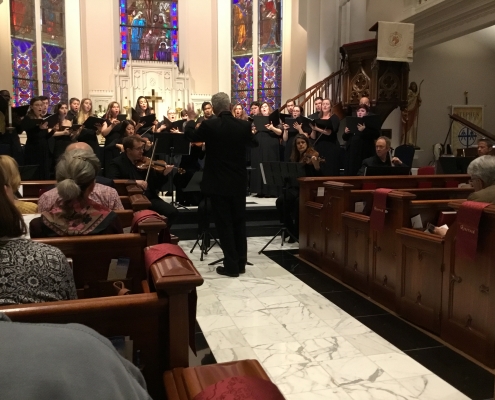 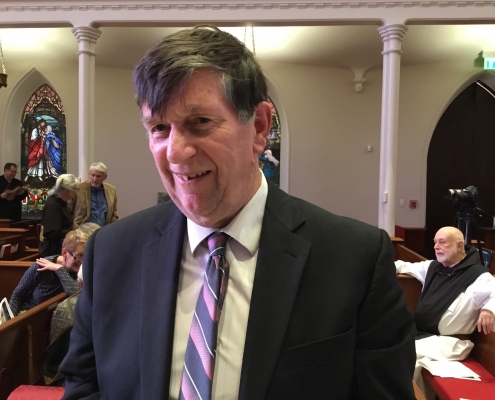 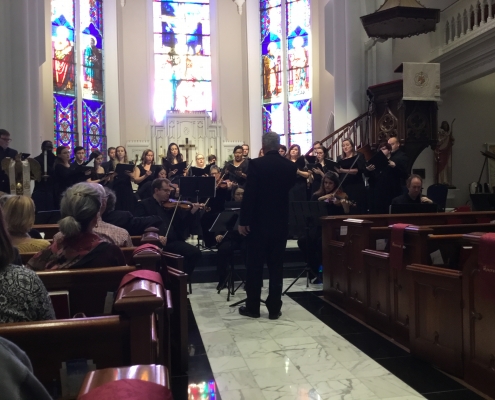 Mepkin Abbey, including the gardens, the Abbey church, and the visitors’ center/store are closed to the public beginning today, March 18, 2020, until further notice. We have taken this very difficult action on the advice of professionals in order to protect both the monks and our visitors from the COVID-19 virus. As we continue to navigate these very difficult times, please know that our friends, neighbors, benefactors and the community are in our daily prayers. If you have specific prayer requests, please send them to me at frjoetedesco@gmail.com and I will put your request on our prayer list.

While Mepkin is not able to receive visitors and guests, we want to support our friends and benefactors, many of whom find their horizons reduced to the confines of their living spaces, by providing some reflections and ideas to help you navigate these very trying times. The first is “Reflection on Contemplative Confinement for the Layperson.”  We will be adding reflections on a regular basis, so, please visit our web site often.