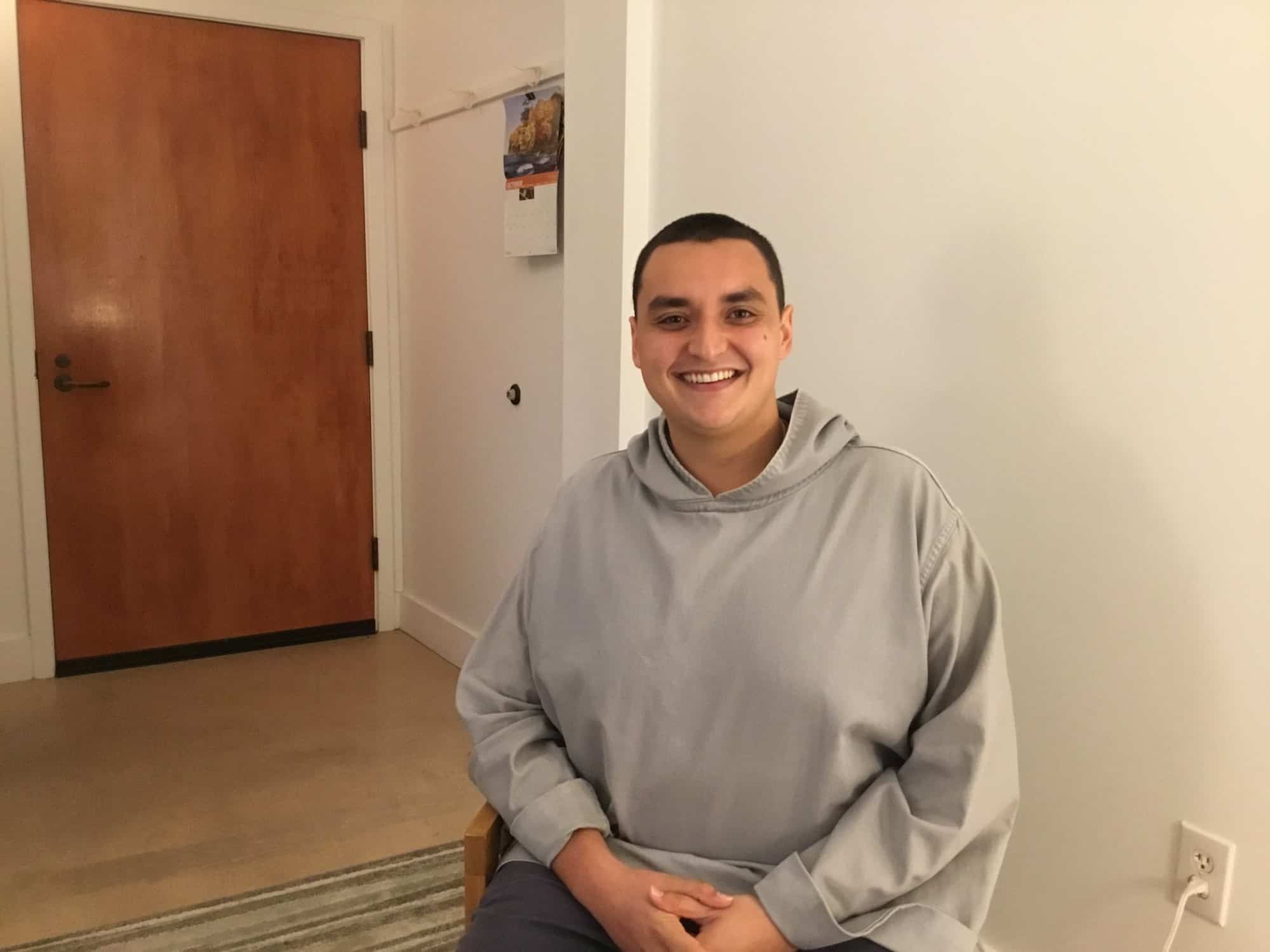 A new Monastic Resident, Fred Springer, has recently arrived at Mepkin and will be staying with us for some time. He spent two weeks in quarantine and then joined the monks in the monastery. Fred is 24 and a native of Tallahassee, Florida. He recently earned a Master’s degree in music at Columbus State University in Georgia. He plays classical guitar but is interested in all kinds of music, particularly symphonic, chamber, jazz and good 70’s pop. He has a connection with Father Joe in that Father Joe was the celebrant at his parents’ marriage. Also, his aunt Sister Marcy Springer is a very close friend of Father Joe’s. The Sister runs the Franciscan House of Prayer in New Jersey, which was founded by Father Joe

Fred is looking forward to spending a good amount of time with us in the monastery. He wants to have a deeper understanding of his true self and a richer contact with God. He was very influenced by reading New Seeds of Contemplation by Thomas Merton, which has challenged him to reevaluate his values. We are glad to have Fred with us, and we wish him every blessing in the coming year.