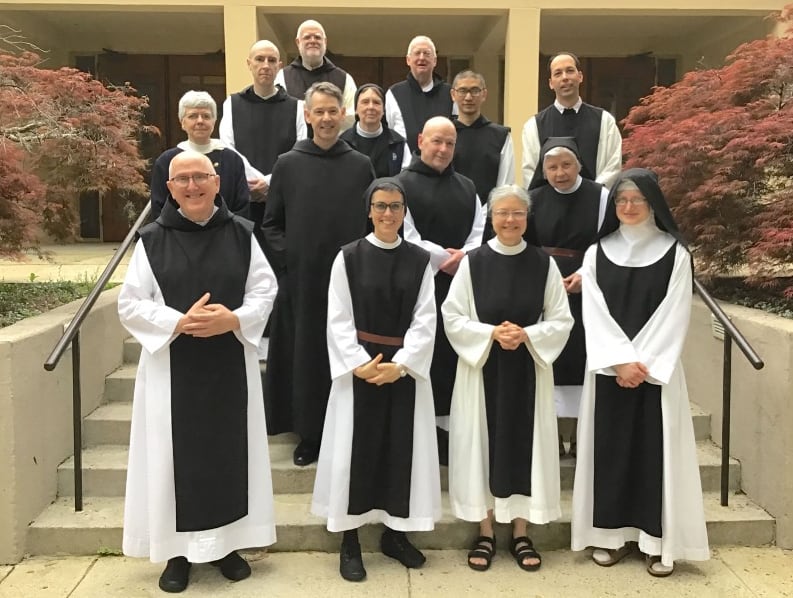 The Novice Directors’ Meeting for the houses of the United States was held at Mepkin March 28 through April 6.

Our presenter for the sessions was Brother John Mark Falkenhain, OSB of Saint Meinrad’s Abbey in Indiana. Brother John Mark is a psychologist who teaches in the seminary program at Saint Meinrad’s and is a consultant to the United States Conference of Catholic Bishops for formation programs in the seminaries of the United States.

Helping men and women from our contemporary culture adapt to the life of celibate chastity to which they are committing themselves is a careful and important effort for all those given this work of formation in the church today. We all found ourselves very fortunate to have Brother John Mark with us for this time.

The novice directors of our houses who could not attend were: Father Stephen, O.C.S.O. (New Melleray). Father Micah, O.C.S.O. (Snowmass), Father Daniel, O.C.S.O. (Guadalupe) and Father Luke, O.C.S.O. (Spencer).  We look forward to our next meeting in two years when we hope to meet at Gethsemani Abbey in Kentucky.

Pentecost Celebration of Christian Unity and Concert Scroll to top