Blog
You are here: Home1 / Blog2 / Homily3 / The Thirty-Second Sunday of Ordinary Time 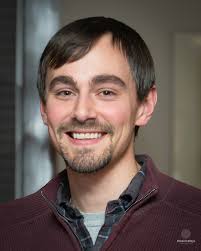 So first of all, thank you for letting this Anglican/Episcopalian preach in this pulpit!  Mepkin Abbey is a place dear to my heart, and it’s an honor, always, to be with you brothers, but especially in this way.

In our Gospel reading this morning, some Sadducees—who represent a Jewish school of thought that doesn’t believe in the resurrection of the dead—attempt to trip Jesus up by pointing out how silly this whole resurrection business sounds.  And so they tell a story: a woman was married to seven brothers—sequentially—and each of them died.  Whose wife will she be in the resurrection, Jesus?

Now what better place to preach on this passage than in a monastery?!—where you, dear brothers, neither marry nor are given in marriage.  It’s long been said in our Christian tradition that the monastic life is an “eschatological witness” to the kingdom of God, to the age to come.  And eschatology, of course, is our big seminary word for our theology of the “Last Things” and the “End of the Age.”

In our reading, Jesus speaks of two “ages” or, in Greek, aeons—ages, times, realms—the one we live in now, and the one to come.  And yet we’ve always understood in the best and deepest of our tradition that the “age to come” isn’t simply later, but is also deeper.  That age, in some way, contains and can break through and into this one.  And it is the Christian vocation to begin living in that realm now, to begin living the resurrected life now—and the monastic life has always witnessed in a particular way, and with a particular intensity, to that possibility.

Fr. Jean-Pierre Longeat, a French Benedictine, writes that, “The Rule of St. Benedict insists on this thrust towards the coming Kingdom which monks are attempting to enjoy already on this earth.”  And so, “monastic life in itself comports a certain utopian character which makes it an eschatological parable.”[1]  Now those of you who live in monastic life know that it is quite often not a utopia!  And yet, I do believe it to be an “eschatological parable”—that the monastic life is telling, and living, a parable, a story, that points to and enacts the kingdom of God and the resurrection of the dead.

Which, again, is what Jesus’ teaching here is about—the resurrection of the dead.  But note what he does in our text—the way he turns this all on its head.  The Sadducees are imagining some kind of cartoonish, fairy-tale event at a future date.  But Jesus responds, “the fact that the dead are raised, Moses himself showed… where he speaks of the Lord as the God of Abraham, the God of Isaac, and the God of Jacob”—the patriarchs, who of course were dead when Moses was speaking—“Now God is God not of the dead, but of the living; for to God all of them are alive.”

Do you see what he’s done here?  He’s changed the tense.  He’s turned the Sadducees future fairy-tale resurrection into something present now: “…the dead are raised… God is God of the living… to God all of them are alive.”  The other aeon, the age to come, isn’t later.  Abraham, Isaac, and Jacob aren’t waiting for resurrection.  It’s present, they’re present, now, Jesus says.  This is a mystical reality that isn’t playing by the rules of linear time.

The great Jesuit theologian Karl Rahner writes beautifully of the dead in this way, and particularly of their silence—which we mistakenly take to be the sign of their absence:

[The dead] live in God’s life… The dead are silent because they live, just as our noisy chatter is supposed to make us forget that we are dying.  Their silence is the word of their love for us, the real message that they have for us… provided that we listen to this soundless word and understand it, and do not drown it out through the noise of everyday life… God calls out to us through this silence, and they, by their silence, summon us into God’s life.[2]

Summon us into resurrection.  Rahner is saying that we’ve got it all backwards.  We’re the ones who are dead.  In our busy, noisy, distracted lives we move around as dead things, with no awareness of that other aeon, which is itself the resurrection and the very life of God; with no room for that age to break through into this one—while the dead, in their silence, are inviting us into true life.

In their document Renew and Recreate, the American-Cassinese Congregation writes:

Silence […is] an expression, reminder, and witness to a world which often attempts to forestall coming to grips with itself and its problems by escaping into frenetic activity and noise.  By his silence, the monk communicates—he bespeaks peace and calm, an awareness of the divine presence, and a receptivity to the promptings of the Spirit.[3]

Through our baptism, we are all of us called, led, plunged into the death—into the silence—of Jesus.  And through that death we are raised into resurrection life, into the age to come, here and now.  And while this is the vocation and calling through baptism of every Christian, you monks bear witness to participation in that death which is life, and that silence which is resurrection, with a fullness that the Church and the world desperately need.

In patristic writings, that other aeon, that other age, was often called “the eighth day.”  On the seventh day, God rested from all God’s works, and the sequence of days, of time, was completed.  But the eighth day is the day of the Resurrection of our Lord; the day of Eternity breaking into time.  Again, Fr. Longeat writes: “Monks and nuns are essentially no different from any other Christian, though perhaps more aware of being men and women of the eighth day.  This day is the day beyond, within history but beyond it.  The goal of monastic life demands a transcendence of time and place while remaining profoundly involved in them.”[4]

That’s what this place strives to do.  And that’s why your life is an eschatological parable to so many of us—a witness to the world of the age to come, of the age that is coming, always, moment by moment, if we are present to it.

“Those who are considered worthy of a place in that age and in the resurrection from the dead neither marry nor are given in marriage.”

And so, back to where we started: you guys, celibate monks, who “neither marry nor are given in marriage.”  We’ve had a lot of wrangling in the contemporary Church about the celibate state—is it healthy, is it higher, is it lower?  And for the most part, and I think for the better, we’ve gotten rid of notions of a hierarchy of value within the Body of Christ, and we recognize that celibacy may not be a “higher” state—but it is a specific witness.

Again, from the American-Cassinese Congregation: “Celibacy… is a sign, a witness to the kingdom that is coming… The mystery of celibacy is ultimately intelligible only in the light of faith and within the perspective of the prophetic, eschatological witness.  The monk seeks to be more keenly aware of the inbreaking kingdom…”[5]

Your life in celibate community witnesses in a particularly profound and powerful way to the age to come.  And yet, I’ve also come to believe that my marriage, and the marriages of all faithful Christians, are in their own way an eschatological witness to the Marriage Supper of the Lamb.  But they are different witnesses.  And the Church is incomplete without both of them.  And I know that, selfishly, I need your witness, this witness.  My vocation is strengthened and completed by yours, and, I hope, yours by the rest of ours.

As many of you know, I’ve lived for seven years alongside Anglican monastic community, and I can’t imagine my Christian life without that witness and what it teaches me.  And so I pray that Mepkin Abbey, and monastic communities throughout the Church, flourish and continue to be places where dead souls, distracted and busied by the world, are raised into resurrection life; where the language of the dead (who are truly alive), the language of silence, the language of God, is spoken; and where the “eschatological parable” is told, and lived, with beautiful fullness.