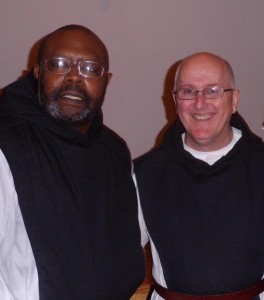 On the Solemnity of the Immaculate Conception at Vespers in our monastic church, Brother Anthony Maria Odom gave himself more fully to God by his profession of first vows according to the Cistercian tradition. With the monastic community, retreatants, guests and friends praying with and for him, Rodney Odom, now Brother Anthony Maria, spoke the words of the three vows: stability, obedience and conversatio morum that express his commitment to live as did Mary – open to receive God’s Word and lovingly doing God’s will.

Everyone listened attentively as in his exhortation Abbot Stan called Brother Anthony Maria to remember the path he had taken to come to this day. Raised in a loving environment of faith by his parents, Effie and Anthony Odom, in the city of Philadelphia, in order to answer this call Brother Anthony Maria had to be received into the Roman Catholic Church. And so he asked to participate in the RCIA program in his parish, received instruction in the faith and entered the Church. Following that he visited Mepkin and began the formal process of application leading to his acceptance into our community. As the name he requested on becoming a novice indicates, Brother Anthony Maria had wanted to emulate and honor the father of Western monasticism, Saint Anthony, and the Mother of God, Mary, under the title of Our Lady of Guadalupe. Over and over Brother Anthony Maria finds that in reflecting on the life of Mary, the mother of Jesus, his response to God’s love is intimately bound with the response Mary gave to the angel Gabriel, who as God’s messenger, carried God’s invitation to Mary to bear His Son. Clothed now in his back scapular and leather belt, Brother Anthony Maria, will give himself to the three years of study that simply professed embrace on their way to Solemn Vows. We would be grateful if you would join your prayers to ours in thanking God that Brother Anthony Maria has professed first vows. Please join us as well in asking God to guide and strengthen those who are discerning a call to Cistercian contemplative life! 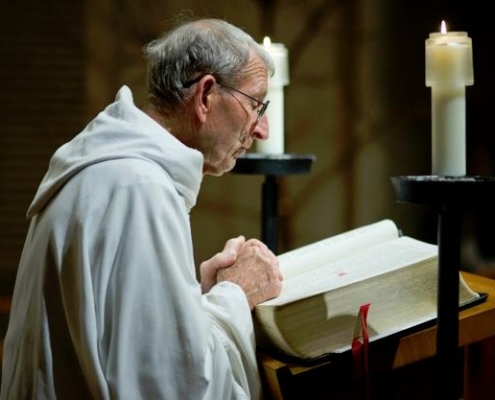 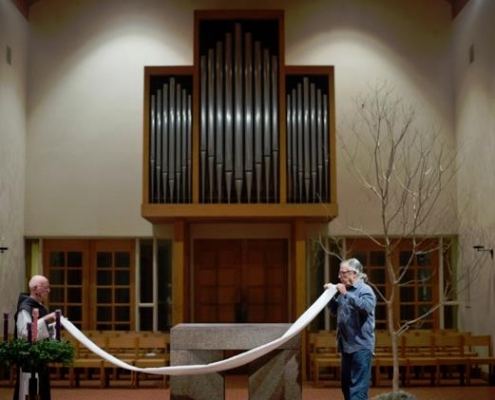 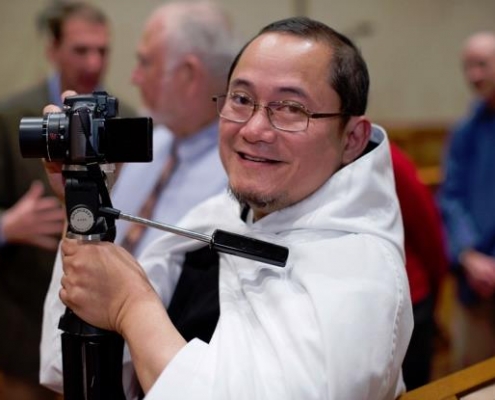 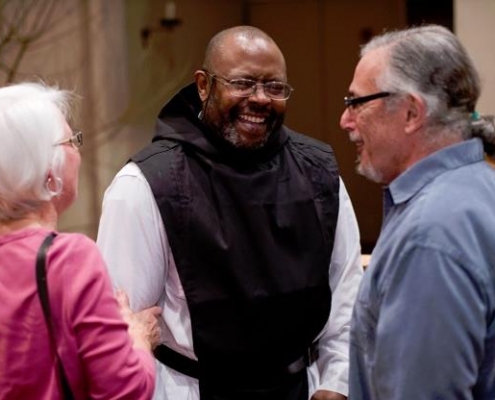 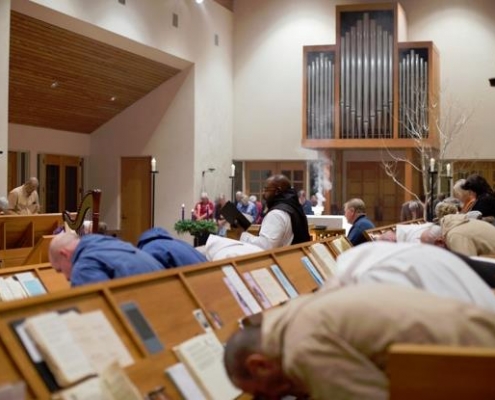 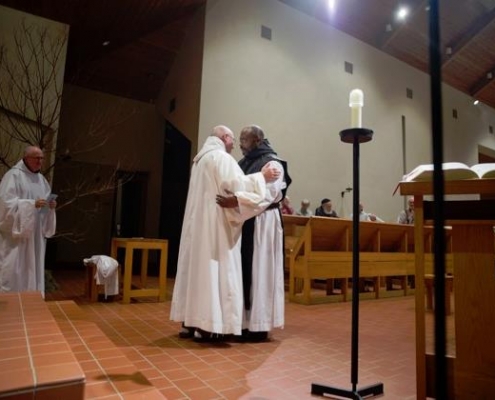 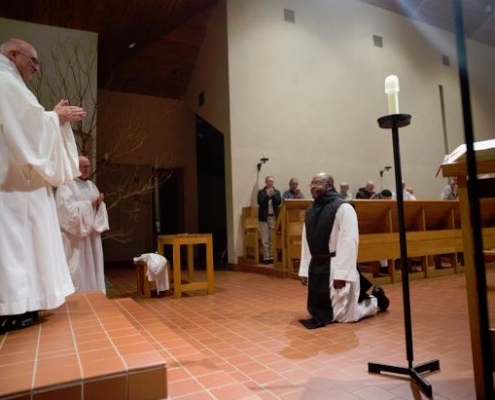 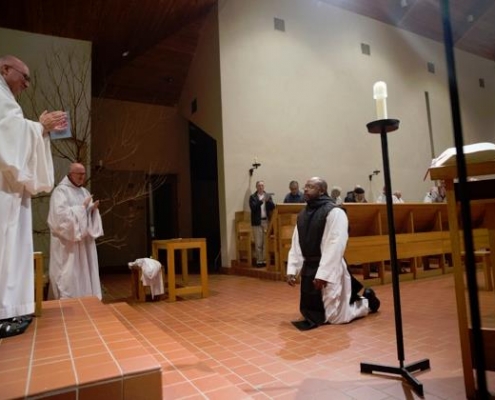 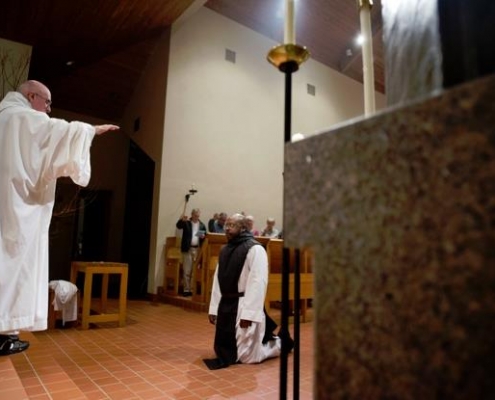 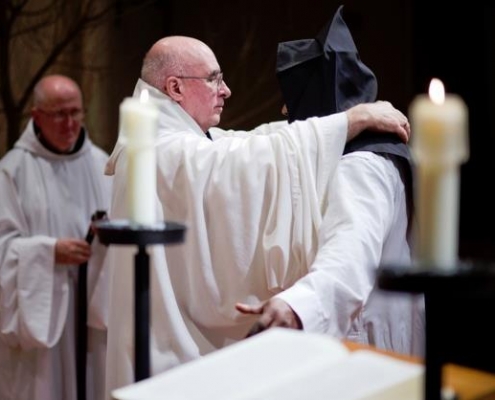 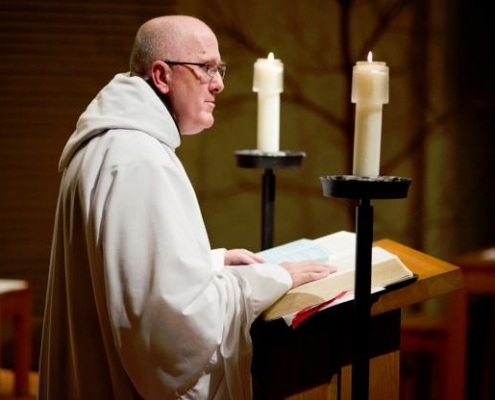 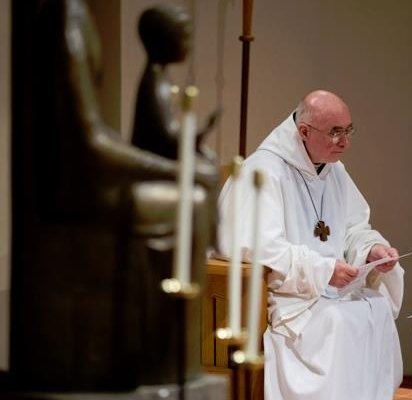