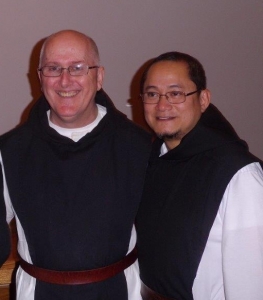 At Vespers on December 3rd, our brother, Father Gerard Jonas Palmares professed his vows of stability, obedience and conversatio morum before Abbot Stan in the presence of the community, his parents and a number of guests. Advent is about preparing ourselves to live for the encounter with God who comes to be with us. In his three years of prayer and study, Father Gerard Jonas has given himself more and more to the monastic way and with the affirmation of the community to advance, he has spoken his vows, received his black scapular and leather belt and taken his place among the professed monks of Our Lady of Mepkin Abbey. In his exhortation, Abbot Stan spoke very specifically to Father Gerard Jonas of his journey to this moment.
Having grown up in the Philippines and studied for priesthood in the Archdiocese of Lipa, Father Jonas responded to the Lord’s invitation to serve God’s people as a priest. His call to priesthood brought him to have assignments as a parish priest and then as chancellor of his diocese. Woven through these years was the experience of an invitation to come apart and live the life of contemplative prayer. But where? Knowing his former archbishop, who became archbishop of Manila and later Cardinal Rosales, had lived as a monastic guest with the Trappist monks of Our Lady of Mepkin Abbey in South Carolina, Father Gerard Jonas received the permission of his current archbishop to come to North America and visit Benedictine and Cistercian monasteries in an effort to understand where he was to live this call. The unfolding brought Father Gerard Jonas to visit Mepkin and through a prayerful discernment to apply. Now far from his home and his duties in the chancery he has been cultivating and harvesting mushrooms, while deepening his relationship with God by means of the ancient monastic practices handed down by Robert, Alberic and Stephen of Citeaux.

It is a great joy for us that Father Jonas’s parents, Frank and Luz, could travel from the Philippines to join us in prayer for this occasion. December 3rd was also Mr. Palmares’ 88th birthday. We were celebrating joy and more joy!

All the monks of Mepkin are thanking God for Father Gerard Jonas’ perseverance and his desire to live for God in our Cistercian way. Please join us in thanking God and join us in praying that more men will respond to the Lord’s invitation to take up this life of deep love for God. 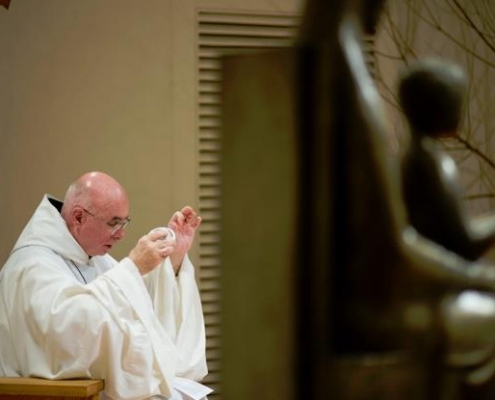 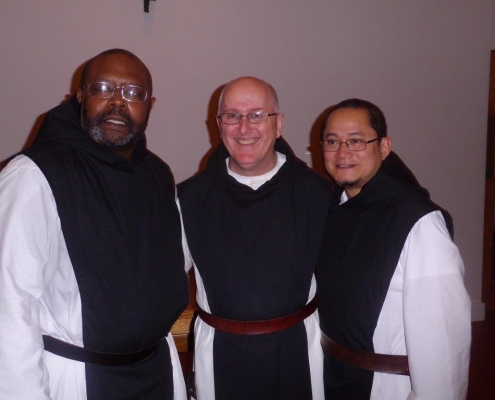 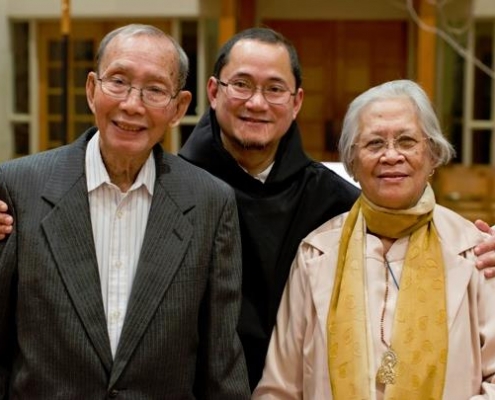 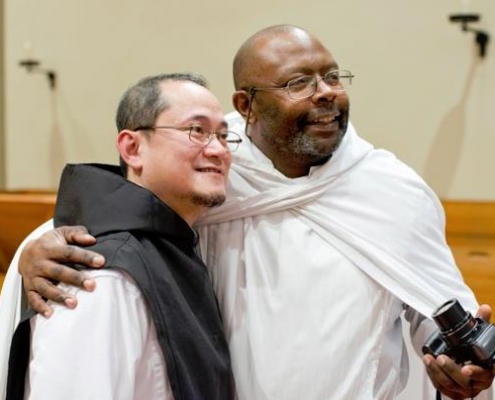 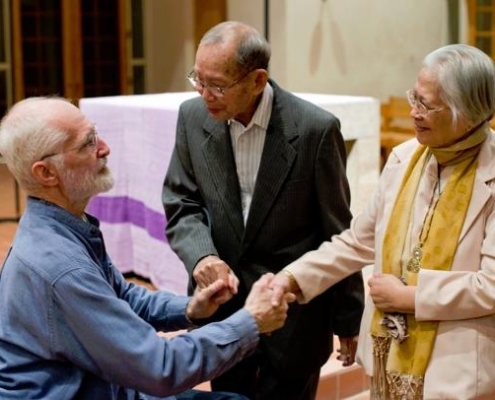 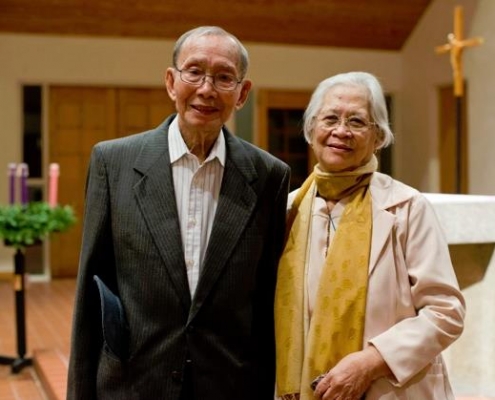 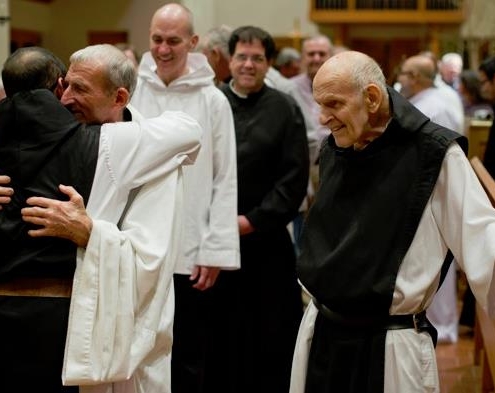 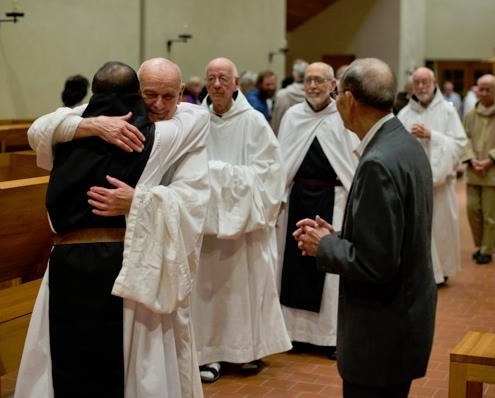 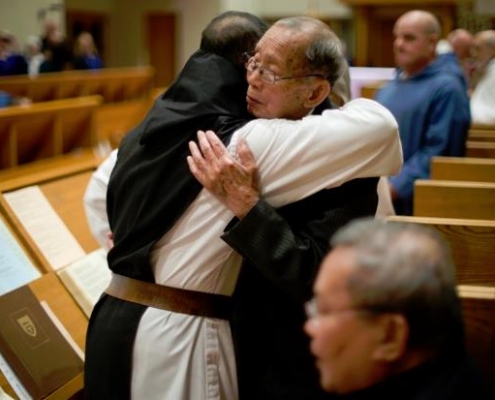 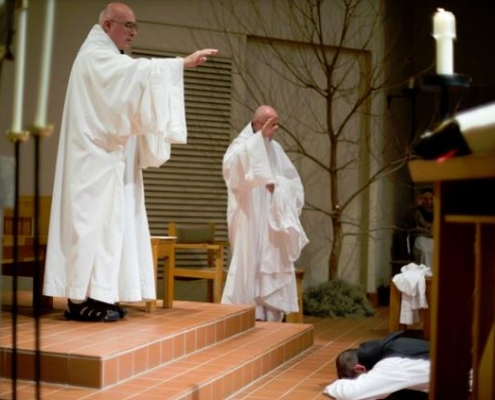 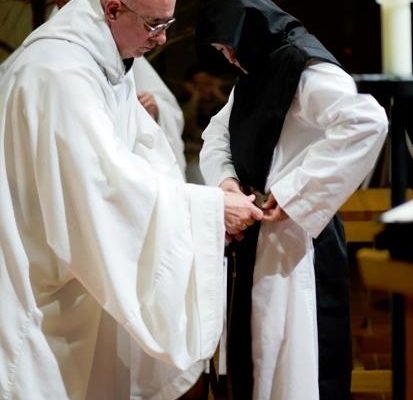 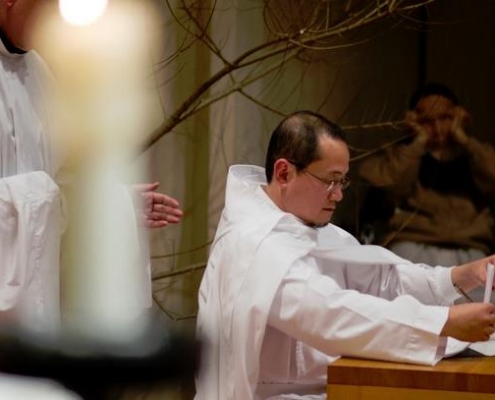