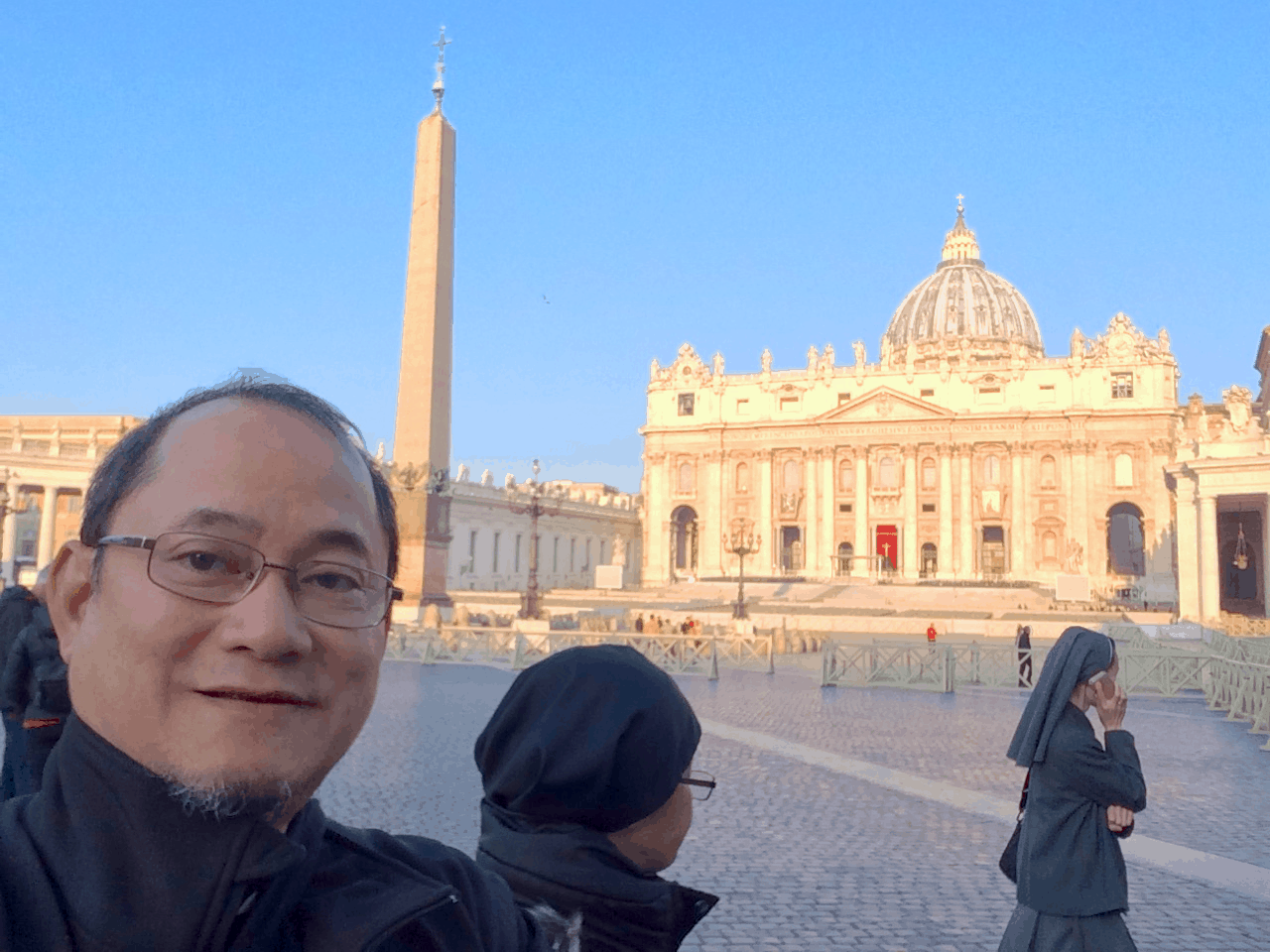 The course centered on how to accompany people in formation for monastic life, introducing them to the lifestyle and tradition, and ascertaining the depth of their search for God, with a goal that at the end of formation, the new applicants may be able to continue to form themselves. Over and over again it was emphasized during the program that it is the community that both attracts and repels, and that the formator is the representative of the entire community.

Father Gerard Jonas was very impressed by all of the presenters — most notably, two Cistercians, Dom Bernardo Bonowitz (Spiritual Accompaniment in the Monastic Context) and Father Michael Casey (The Art of Winning Souls – Pastoral Care of Novices), and the Benedictine Abbot Primate, Abbot Gregory Polan (Lectio Divina and the Psalms). In addition to classroom sessions, the program also featured visits and pilgrimages to monasteries and historic sites like places associated with St. Benedict, especially Subiaco (where the young Benedict embarked on his monastic journey as a hermit) and Montecassino (where his earthly monastic journey ended). They attended two liturgies with Pope Francis: on Palm Sunday and Holy Thursday, and for Easter, they joined a Benedictine Tutzing community of sisters. Father Gerard Jonas was delighted by the fact that the group spent six weeks in Rome and seven in Assisi. In addition to exploring the Benedictine heritage, they had the opportunity to visit places associated with St. Francis and St. Clare. They had, for example, pilgrimages to San Damiano (where from the Crucifix Christ spoke to Francis), Portiuncula in the Basilica of Sta Maria degli Angeli (where Francis died), and La Verna where Francis received the “Stigmata.” Because of the Mepkin connection with the Spoleto Festival, he took the chance to go with a group to the town of Spoleto. It was also where the young St. Francis was incarcerated and had the vision of Christ that led him to abandon the military service in lieu of serving Christ as master. They were also able to visit Vittorchiano, the Trappistine Monastery of Blessed Gabriella, and the monastic communities of San Egidio, Bose and Camaldoli.

On the way back to Rome, they visited the beautiful towns of Todi and Orvieto. Todi is the birthplace of the Franciscan poet Jacopone da Todi, famous for his work the Stabat Mater. Orvieto is famous for its Romanesque-gothic cathedral best known for the ‘Eucharistic Miracle of Orvieto” in 1264 that prompted Pope Urban IV to create a new Feast – the Corpus Christi.

While glad to be back in Mepkin and reentering into the monastic life of the community, Father Gerard Jonas enjoyed very much his stay in both Rome and Assisi. He was particularly touched by the fact that in their time together (17 March to 14 June), the group lived a monastic life while away from their own monastic communities.