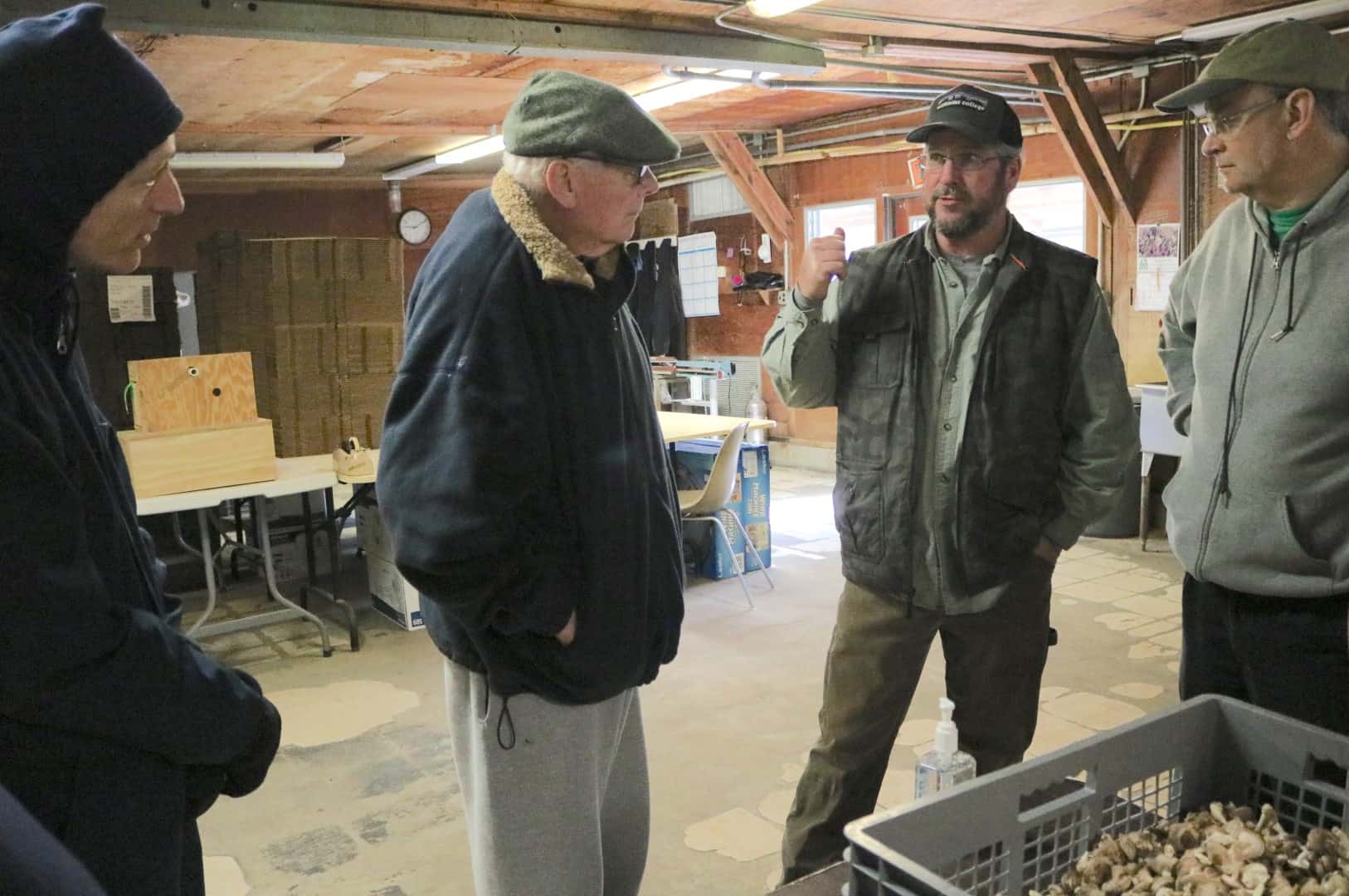 Tucked away near Mepkin’s beautiful gardens is a sophisticated and organized process many people may not know about. This process requires tireless effort and constant vigilance, and is housed in two Quonset huts and an adjacent building, collectively called “the mushroom house.” The mushroom house is a thriving answer to the call for fresh, local ingredients as chefs increasingly offer “farm to table” seasonal menus. The fresh mushrooms painstakingly grown there appear on the plates of diners in Charleston restaurants, and the dried mushrooms can be purchased in the Mepkin Abbey store year-round. 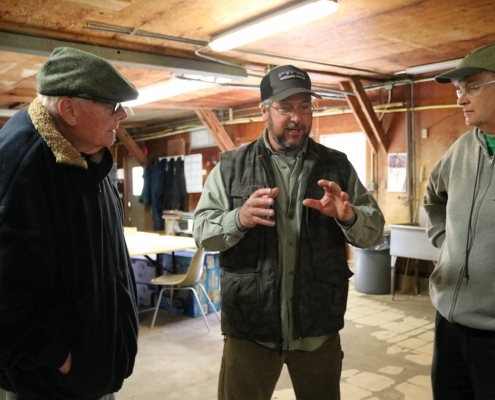 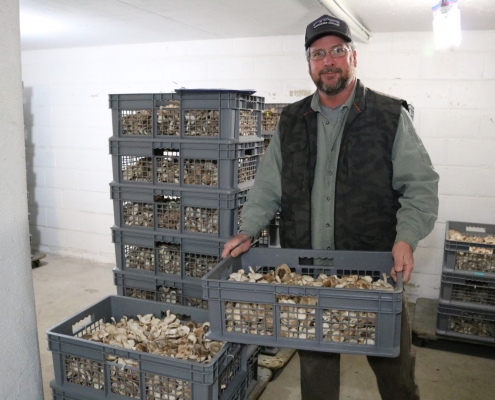 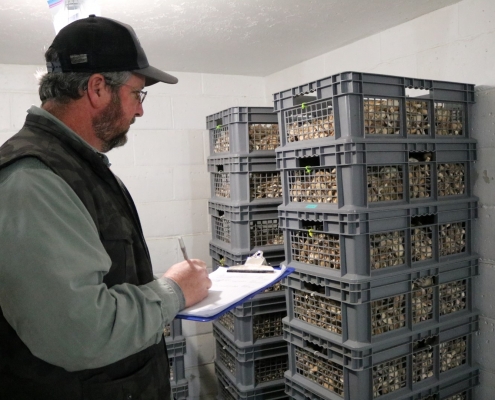 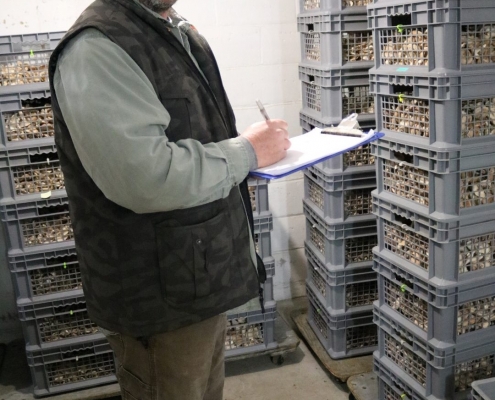 About four years ago, Jimmy Livingston of Wabi Sabi Farms in Cordesville answered a call from the abbot, inviting Jimmy to work as operations manager with Brother John Corrigan at the mushroom house. Over those four years, their work has grown exponentially, much like the mushrooms that flourish in their care. Four employees work alongside four monks and a couple of monastic guests or volunteers at what Jimmy describes as a “time-sensitive, labor intensive, seven days a week operation,” growing oyster and Shiitake mushrooms. Mushrooms need to be picked when they are ready, no matter what day of the week or holiday it is. They are checked frequently and harvested at their peak for the freshest and best experience for the diner. All that diligence is paying off; over a thousand pounds of mushrooms are produced every week here at Mepkin, and demand for the delicacy is high.

The two varieties of mushrooms grown at Mepkin are prized by chefs and foodies alike. The oyster mushroom, or pleurotus, is a versatile, vitamin B rich mushroom desired for its sweet, subtle flavor. It pairs well with red wine, and it is often plated whole or sautéed. The Shiitake (lentinula edodes), whose name means, “tree mushroom,” is a fount of natural anti-inflammatories, including copper. This second most commonly cultivated mushroom has a rich texture and smoky flavor ten times stronger than button mushrooms, and the flavor only intensifies when dried before cooking in stews and soups.

Not only does Mepkin grow two of the most enjoyable varieties of mushroom, but it also employs the highest standards in its handling and production. Jimmy Livingston noted that Mepkin is FMSA (Food Safety Modernization Act) compliant, and that the mushroom house also participates in the “Mushroom GAP,” or Good Agricultural Practices, a voluntary, industry wide food safety standard. Everything is orderly and impeccably clean. Jimmy is adamant that nothing but the best mushrooms leaves Mepkin for anyone’s kitchen. His standards are high because, as he states, “Mepkin’s name is on these mushrooms, and I won’t send it out if it’s not a quality product.”

Mepkin Abbey’s commitment to community also finds a place in the mushroom house. Mepkin partners with Fields for Families, a gleaning organization that supplies many local charities, most notably, Jenkins Orphanage. The program has been putting these vitamin and mineral packed treats on the plates of people of all ages right here in the Lowcountry. Father Columba has been instrumental in setting up this partnership, and it has been a blessing for all involved.

Whether you’re dining downtown or shopping in the Mepkin store, you can have some of the best oyster or Shiitake mushrooms in the country. Stop by Mepkin Abbey and pick some up for your soups and stews. And when ordering at one of the local restaurants, check to be sure they serve Mepkin mushrooms; you won’t be disappointed.