Blog
You are here: Home / Blog / Featured / Via Crucis, an Art Exhibition

During the Piccolo Spoleto Festival, the Mepkin Abbey library was the scene of a very original Way of the Cross, the Via Crucis. They were painted by Richard Hagerty, a surrealist artist, who for more than forty years has painted visionary worlds. Many of his paintings are based on dreams. Richard lives and works not far from where he grew up in downtown Charleston, and people are fascinated by his depiction of the Stations of the Cross. As an altar boy at St. Mary’s Church in Charleston, he was intrigued by the pageantry and mystery of the Stations of the Cross. An Irish priest, Father Duffy, made Good Friday and the stations look special for him. There was incense, smoke, colorful costumes, and the procession. Richard has always, as a result of this experience, wanted to paint the Stations of the Cross.

The Stations are a relative newcomer starting about 800 A.D., around the time of the Crusades. It was a lot easier to walk around the church than to join a march to Jerusalem. The original number of the stations was about eight, and this number gradually increased to fourteen.

In his depictions of the stations, Richard was aware that there were people suffering and dying, much as Christ did every day of the world, and through his art, Richard wanted to embrace this universal suffering. There were fourteen panels in all, measuring three by two feet each, and you will find sis of them here. They include  Jesus is Condemned to Death, Jesus Falls the First Time,  Jesus is Helped by Simon to Carry His Cross, Veronica Wipes the Face of Jesus, Jesus is Consoled by the Women of Jerusalem, Jesus is Nailed to the Cross, and Jesus Dies on the Cross. 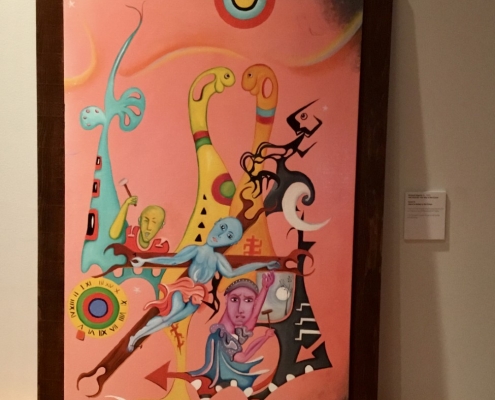 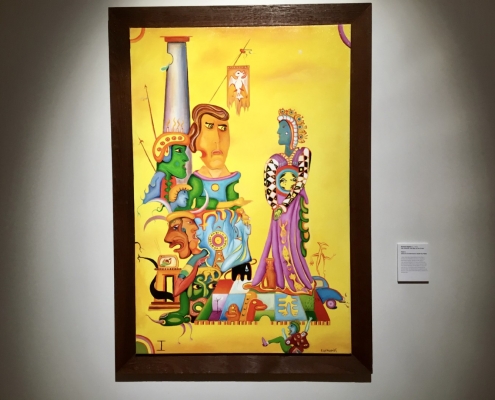 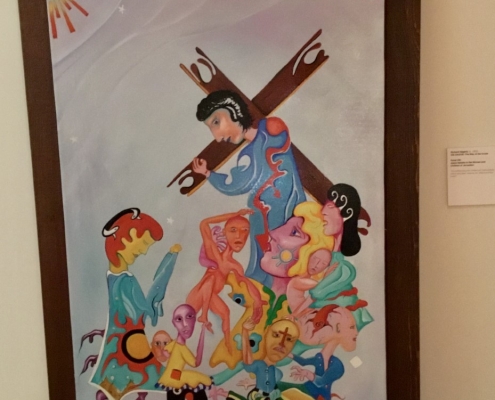 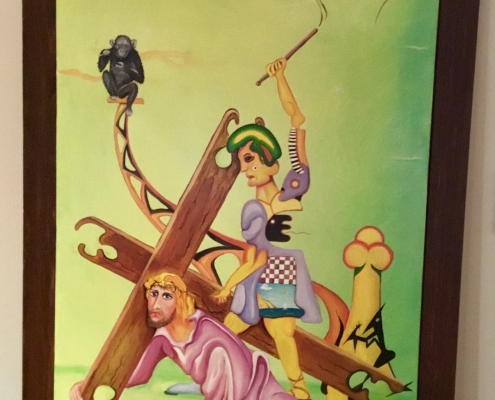 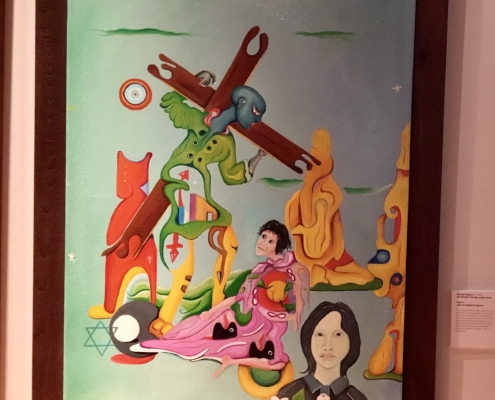 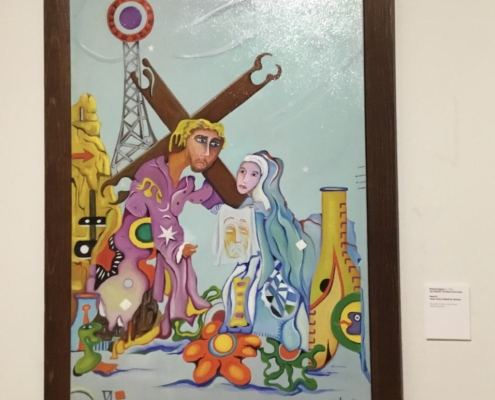