Blog
You are here: Home1 / Blog2 / Covid-193 / Goaltenders in an Uncertain Contest 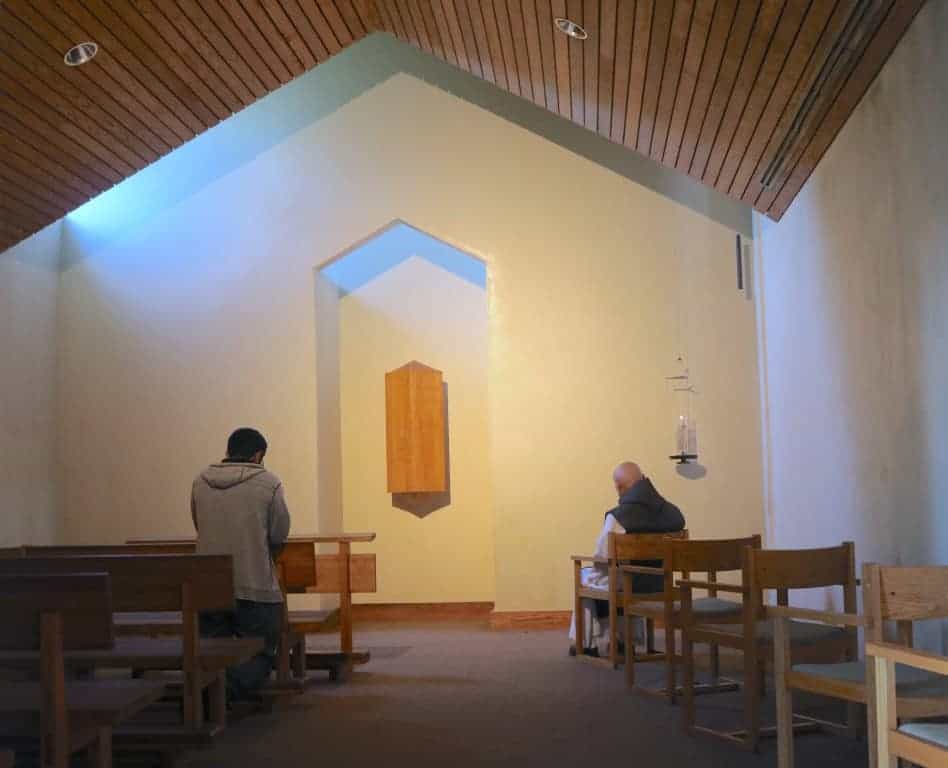 When the full 19-man Mepkin community gathers as one, it’s humbling for me to look around once in awhile and realize, as I approach 60 years of age, that I’m the most junior in terms of monastic experience.  Even a 25-year-old fellow postulant has more time here within the cloister than me.

I’m also aware that, after about four months at Mepkin as a monk in formation, I still have a couple of months to go to equal the time I’ve already spent over four decades as a guest retreatant at various other Trappist monasteries in the United States.

So it’s from a dual perspective — of kind of the outsider looking in, the one most recently “in the world” as well as the one with plenty of time visiting Trappist monasteries as a non-Trappist — that I write.  And that view is admittedly one of an admiring “sports fan.” If the Trappists were a team, I would be a season-ticket holder.  I already have the T-shirts and memorabilia.

If Christianity itself can be likened to a sport, soccer or hockey, let’s say, I would place the Trappists as the goaltenders. It’s easy to see the monks standing as sentinels and guarding the prayer posts throughout the day, goalies of the church at prayer. As in soccer or hockey, the goalies may seem many feet away from the “action” for long periods of time, but they are still integrally connected. They stand as solitary figures, yet their work is decisive to the result of the game. What may seem peripheral is in reality at the core of the contest.  Our superior, Fr. Joe Tedesco, likes to speak of Cistercian life as actually being “at the center of the church,” and we know that goaltenders are often selected as a game’s most valuable player.

On any given day, because of the order of our prayer, it’s quite likely that Trappist monks and nuns, wherever they are in the world, are the first official group of Catholics offering organized public prayers to God before anyone in their geographic vicinity.  Such a distinction occurs at the close of the day, too, (with perhaps some exceptions for campus ministries and parish events), but probably more often enough than not, Trappists would be the last group praying formally in public.  And, at that day’s last prayer, Compline, we monks ask of God during our opening song – “Help and defend us through the night.” Many people count on the Trappists to be their prayer helpers and defenders through the night, as well.

At Mepkin Abbey, the coronavirus isolation found the community as likely the biggest group — or maybe even the only group — celebrating the Eucharist daily in South Carolina, our community present and intact and with no major disruption besides the virus-forced absence of guests.  As the Diocese of Charleston prepares to open its parishes again, that uneasy distinction will fade.

But along with all people of faith, Cistercians face unique challenges for a post-pandemic world.  Silence has taken on a new and perhaps not very welcome meaning amidst the worldwide emptying of streets and forced home confinement. There was this wrenching Washington Post headline April 28: “What does a pandemic sound like? For many of us at home, it’s a heartbreaking silence.” In her feature story, Robin Givhan offers a mournful medley of observers who are associating this involuntary silence with the real-life barrage of death, sorrow and suffering during Covid-19.

If some have flat-out equated lengthy silence with the pandemic, others have had enough of it for a lifetime, and still others have found the mindfulness apps or videos on their phones to be sufficiently helpful as they come to terms with this new normal.

Our own Fr. Columba gave an insightful homily May 2 on the Johannine Gospel text (6:60-69), where the hard sayings of Jesus forced many of his disciples to return “to their former way of life and no longer walked with him.”  Fr. Columba mentioned the “Nones” — the religiously unaffiliated — as a contemporary group that has, in effect, walked away.  It’s not hard to also think of those who have had their fill of Covid-19 silence walking away from any further exploration of silence on a voluntary basis.

And yet, like great goaltenders who stand their ground, don’t stray far from the net, let the game come to them and exhibit no panic, the Cistercians have held their posts since 1098 and have withstood all that the world has thrown at them since, cultivating and inviting all to experience this special form of silence unique to Trappists. The last great global tragedy and horror, World War II, actually produced a surge of vocations in the US, as young men came to grips with meaning after such a large-scale calamity. Mepkin Abbey itself owes its 1949 establishment in part to the parent Gethsemani Abbey in Kentucky bursting at the seams with wartime aspirants.

In this evolving time of living with the virus, the goalies here at the Abbey have talked about the importance of remaining steadfast in what we do at the monastery, as a source of strength especially for those whose lives may be falling apart.

So at least for this fan, the smart money is on the Trappists continuing to faithfully and fruitfully guard their posts, and, in doing so, offering monastic silence anew as a now-timely balm for the trauma of pandemic silence…steadfastness in a time of chaos, hope in an era of deep loss.

Mushrooms Are Us! Mycelial Possibilities for Monasteries and Pandemics Scroll to top